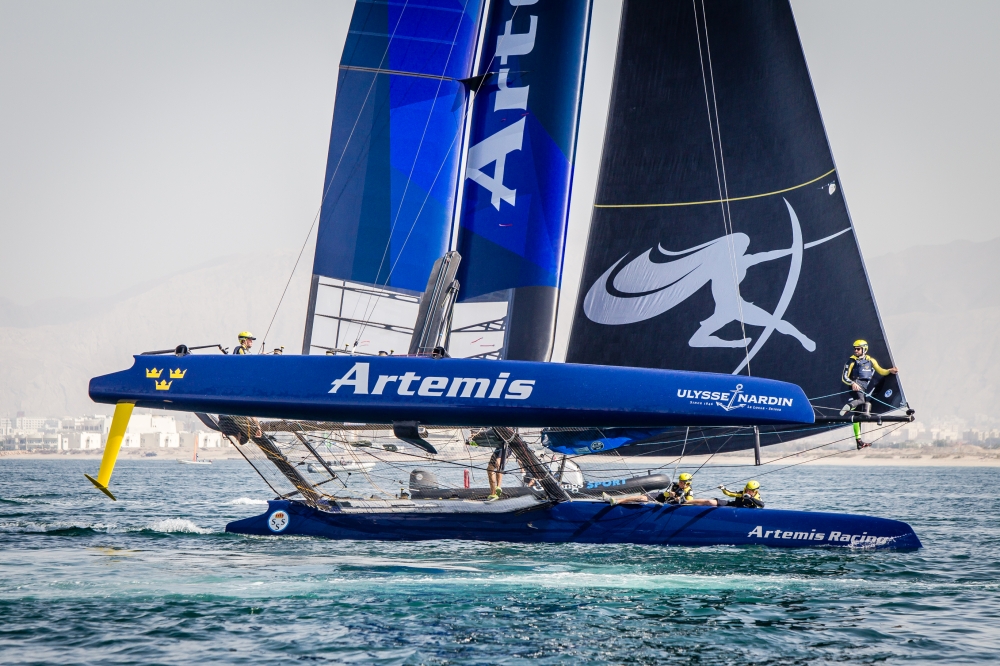 Just hours remain before the flag goes up on the Louis Vuitton America’s Cup World Series Oman where six international teams will kick their 2016 campaigns into gear on a highly challenging Muscat race track.

A forecast for light conditions has been welcomed by the crews who spent the day on Friday seeking answers to questions raised as a result of two practice races staged as a prelude to the serious business starting on Saturday. Both were completed in a soft breeze and both were won by Sweden’s Artemis Racing.

The six crews from Sweden, France, USA, Great Britain, Japan and New Zealand were given a warm welcome at the opening press conference in the Al Mouj Race Village before tackling questions over the racing, the conditions and their impressions of the Sultanate. 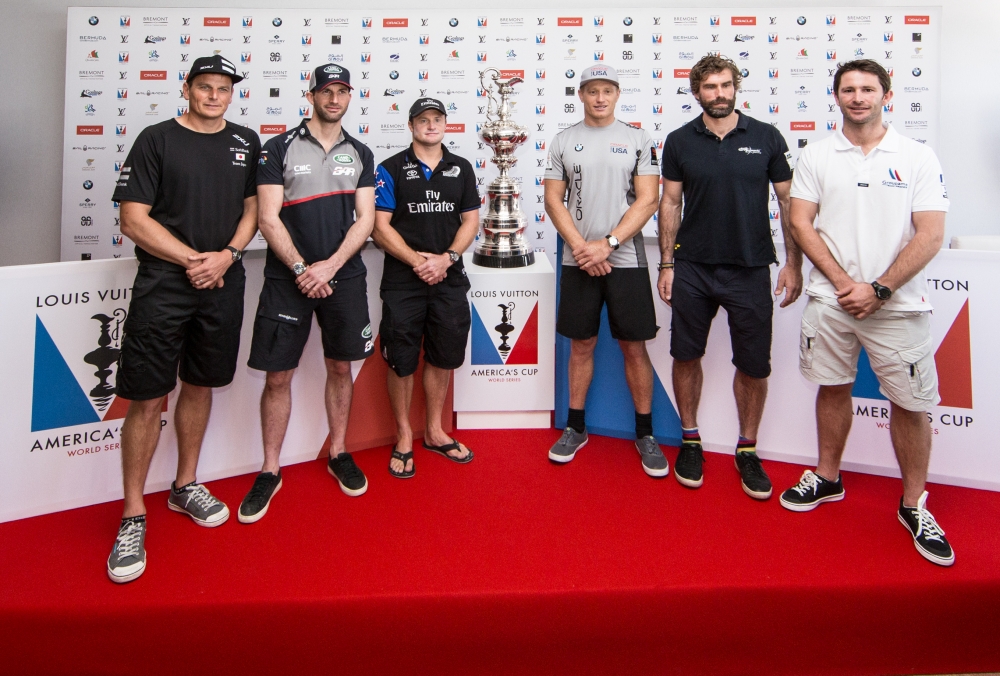 Jimmy Spithill, skipper of America’s Cup champion ORACLE TEAM USA said a forecast for light winds of less than 10 knots was set to give crews a valuable lesson in ‘slowing down’ that could prove useful down the line at the America’s Cup finals in Bermuda in 2017.

“It’s very difficult to get it right all the time in light air,” he commented. “There can be a little bit more randomness compared to when you’re foiling. The fact is that it’s the same for everyone, so it doesn’t make it any easier for any one team and everyone has to deal with the same set of conditions. We could have light air in the America’s Cup, so it’s a skill that we need to have.”

Hosting the Louis Vuitton America’s Cup World Series Oman is a landmark opportunity for the region, explained Her Highness Sayyida Ghada Al Said, Director of Communication at Oman Sail not just in promoting the Sultanate as a tourist destination but in creating a new generation of sailors.

“Oman Sail has been tasked with creating a generation of sailors, through an active equal opportunity youth programme; reigniting Oman’s maritime heritage; and raising awareness of the country as a high end tourism destination,” she said. 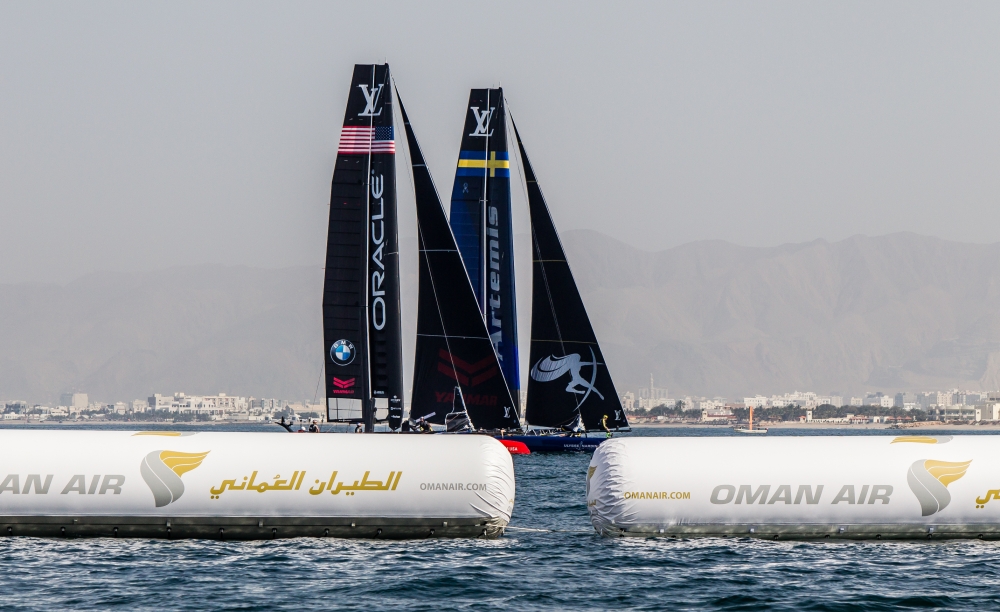 On the eve of racing, David Graham, Oman Sail’s CEO said it was an honour for Oman to host action from one of sport’s most revered events.

“The anticipation is really building, the Louis Vuitton America’s Cup World Series, the first of the 2016 season, is going to be raced on the shores of the Sultanate of Oman this weekend and it is fantastic.

“It is amazing to see the trophy here, obviously it is the pinnacle of yacht racing. The government and our board of directors at Oman Sail have been investing in sailing for many years and of course Oman is an ancient seafaring nation so it is all about reinstating the maritime eminence that the country once had and there is no better brand to have here than the America’s Cup so we are absolutely delighted.”

Racing begins at 1400 local on both Saturday and Sunday, with three races scheduled per day. The race course runs along the Al Mouj Golf Course in Muscat.