The hometown team secured their place on the third step of the podium with a second place finish in the penultimate race and then a third in the concluding double-points finale. 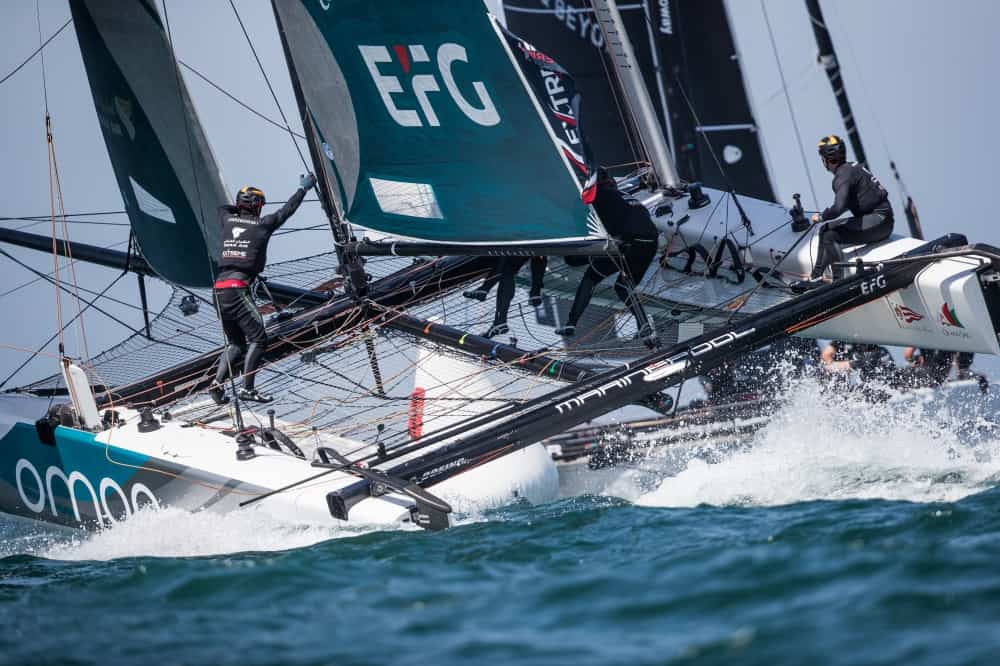 In doing so they successfully fended off a last-minute charge by Land Rover BAR Academy – helmed by three times Series winner and former Oman Sail skipper Leigh McMillan – who won the last two races of the Muscat Act.

At the top of the overall leaderboard, a highly consistent SAP Extreme Sailing Team had edged closer to the top spot but were just pipped to the winning post by the Alinghi team who led from the start of the event.

While the wind was down compared to the previous day, there was close-quarter foiling action aplenty to entertain the many spectators watching from the shore at Al Mouj Muscat.

The Oman Air crew of skipper Phil Robertson, Pete Greenhalgh, James Wierzbowski, Stewart Dodson and Nasser Al Mashari, were able to reflect on a solid start to what is going to be a long season, and celebrate winning the fastest speed trophy in Muscat.

“We were the fastest boat here at somewhere around 30 knots, so that’s all good!” said Robertson.

“We started the first two days pretty strong, and we know we can do better than we did yesterday and today,” he added. “It was down to not setting the boat up just right, and we did ourselves no favors in being a little slow as a result.

“But we finished third in what is only the first Act of a long series. We are competitive and we all want to be on the top spot, and that’s what we are aiming for.” 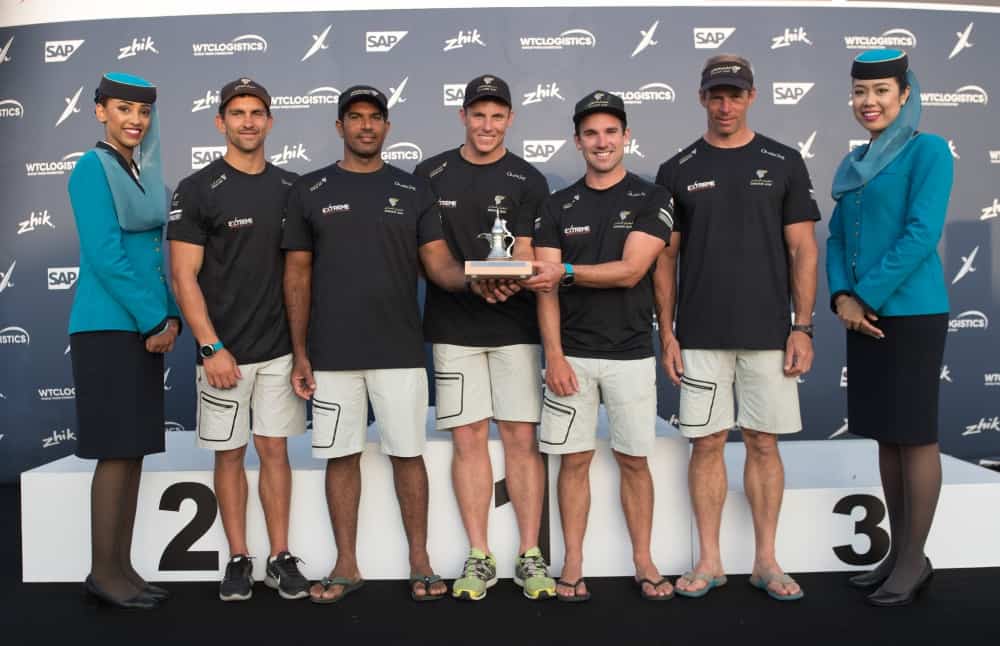 The focus will now be on the next event, the GC32 World Championship at Riva del Garda, Italy, in late May, which will see racing by the combined Extreme Sailing Series and GC32 Racing Tour fleets.

“We are all looking forward to Garda where there will be more boats and maybe a lot more wind,” said Al Mashari. “We are going there as the champions as we won the title here in Muscat last year, so we have a big goal to head for. It is going to be a very exciting event.”

In the final Muscat standings, Alinghi had 277 points, ahead of SAP with 271 and Oman Air on 253. Land Rover BAR Academy finished fourth with 244.