Announced at the 36th annual awards dinner at The May Fair Hotel in London, Flemings Mayfair was praised for its “ageless glamour, fantastic location and rare level of service that makes you instantly feel at home… it’s the privilege of being in on the Flemings Mayfair secret that’s so glorious. Discretion and privacy are hallmarks of this Georgian town house hotel. Flemings Mayfair may be grand in scale but it’s intimate in execution.” 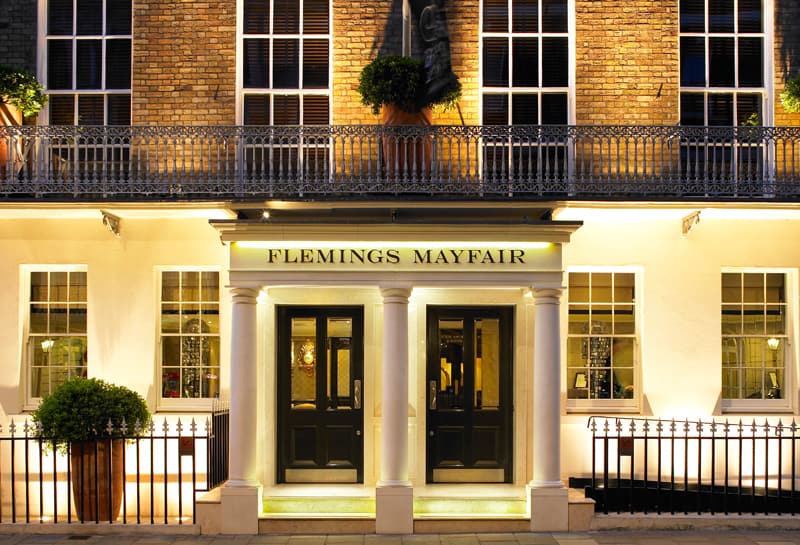 Following a multi-million pound refurbishment, Flemings Mayfair, part of the Small Luxury Hotels of the World, boasts 129 newly renovated guest rooms, suites and apartments, a tea lounge, 1930s’ inspired bar and highly sought-after restaurant, Ormer Mayfair, headed up by Michelin-starred chef Shaun Rankin. The hotel has been privately owned by the same family for over 40 years.

Henrik Muehle, General Manager of Flemings Mayfair, comments: “We are thrilled to have been awarded this fantastic accolade. Our impeccable service offering, dining spaces and welcoming staff ensure that every guest at the hotel is given the best experience every time they visit. Thanks to our investment, we will continue to bring the highest standards of service to our guests and look forward to welcoming them soon.”

Condé Nast Johansens is the premier reference guide for independent travellers with a readership of 5.8 million. Nominees for the awards are based on responses from online voting, guest feedback and Local Expert reports. The Awards for Excellence are a trusted mark of quality recognised by consumers and professionals alike.