The first phase of “Tastes of JAPAN by ANA” showcased the best of Japan’s cuisine represented through ANA’s in-flight meals and videos. The program promoted each of Japan’s 47 prefectures, introducing the local foods and ingredients, as well as sightseeing locations. 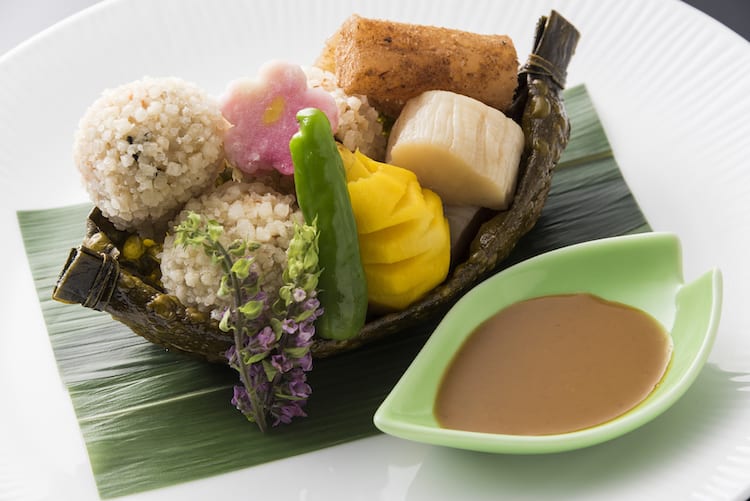 Starting this December, “Tastes of JAPAN by ANA” is moving on to its second phase, with a new tagline, “Tastes of JAPAN by ANA – Explore the regions –.” For this phase, ANA will closely examine eight regions of Japan, focusing on each region for six months, showcasing the culinary specialties and hidden gems across the country. With the focus on regions for this series, ANA aims to encourage passengers to explore more than one prefecture in one trip and enjoy each of its local specialties.

The eight regions of Japan showcased in this new series will be revealed through renewed in-flight meals and lounge services,  a newly designated section in their in-flight magazine “WING SPAN”, and introduced through a new in-flight video series, “SELECTRAVEL,”. “SELECTRAVEL” is created in English and from a Non-Japanese point of view, featuring two travel itineraries of the same local area, based on the tourist’s preference of what they may want to experience.

From December 2017, ANA will also begin introducing a taste from each region to all passengers on select European, North American, and Latin American routes by expanding their “Tastes of JAPAN by ANA” menu to Economy Class.

Hokkaido launches off the second phase, from December 2017 to May 2018. This series will kick off by showcasing the vast beauty and uniqueness of Hokkaido, revealing the region’s local foods, as well as traditions and history. There will also be 33 meals and desserts served on ANA flights and its lounges, representing local specialty ingredients throughout Hokkaido.

ANA offers the “ANA EXPERIENCE JAPAN FARE,” providing reasonable fares for travellers visiting Japan. The airline hopes to contribute to the Japanese government’s goal of receiving 40 million inbound visitors to Japan by 2020, and continue its promotion of regional and local Japanese travel destinations through various media including its social media channels, in-flight videos, and in-flight magazines.

The new “Tastes of JAPAN by ANA – Explore the regions –” website will be available December 2017: http://www.ana.co.jp/en/tastesofjapan/hokkaido/index.html